For this recipe, I collaborated with  @lou_in_paris .

My friend Louise is a British expat based in Paris since 2009. Working in marketing by day and moonlighting as a freelance writer, Louise has a weakness for cocktails and independent bookstores, seeking them out whenever she travels to a new city. Read more about her Paris life on her blog, Lou in Paris, or visit her Instagram, which mostly features French pâtisserie and Parisian façades.

The idea we shared with Louise was to talk, with words and pics, about the seaside culinary differences between her country and mine. This is where I found that our English neigbours love their chips with mashed green peas – to mention one – whereas we tend to like to soak our baguette into our ‘moules marinières’ wine, parsley, salted sea water and onion sauce (no manners needed, you eat this dish with your fingers and actually the first mussel shell serves as a claw for the next one).

In this post, you’ll find then those two recipes: the fish and chips (wheat-free crust for the fish) and the moules marinières.

As a Northerner, with working class blood running through my veins, the seaside conjures up very particular memories. Namely eating fish and chips out of a paper bag on the beach whilst eyeing up the fairground rides that I was too scared to spend my pocket money on.

The British seaside is not all 99 flake ice cream and donkey rides however: its murky side can be seen in Pinky Brown, the cold-blooded sociopath from Brighton Rock and its spirit of escapism is on display in the The Last Resort, a wonderful photography series by Martin Parr featuring families from the north of England enjoying their summer holidays.

The latest incarnation of the British seaside seems to be respectability and gentrification. In Margate for example, the Dreamland theme park has undergone a multi-million pound facelift and lives peacefully side by side with the Turner Contemporary Art Gallery, whilst coastal music venues are gradually replacing the has-been entertainers with trendier artists.

On the French coastline, they don’t appear to be a fan of donkey rides…In fact there’s not much to do besides take in the breathtaking views. A recent visit to the northern coastal town of Etretat in Normandy had me humming The White Cliffs of Dover as I discovered its chalky cliffs, but that’s where the comparison ends. Generally speaking, going to the seaside in France involves less entertainment than in the U.K. – with more refined culinary options.

You’ll notice that the further south you travel in France, the glitzier the vibe becomes. Take the French Riviera for example, the glamorous setting for Fitzgerald’s novel Tender is the Night, where the U.K.’s excess and escapism is transformed into luxurious hedonism. The beautiful and the wealthy relax on their yachts before heading to pricey beachside restaurants that boast the freshest seafood.

Whilst being a huge fan of the fresh oysters and cooked mussels that you find at the French seaside – especially when accompanied with a glass of crisp, white wine – if I had to choose between these two delicious recipes below, my heart would go for the fish and chips (soaked in vinegar – just don’t tell Elise!).” 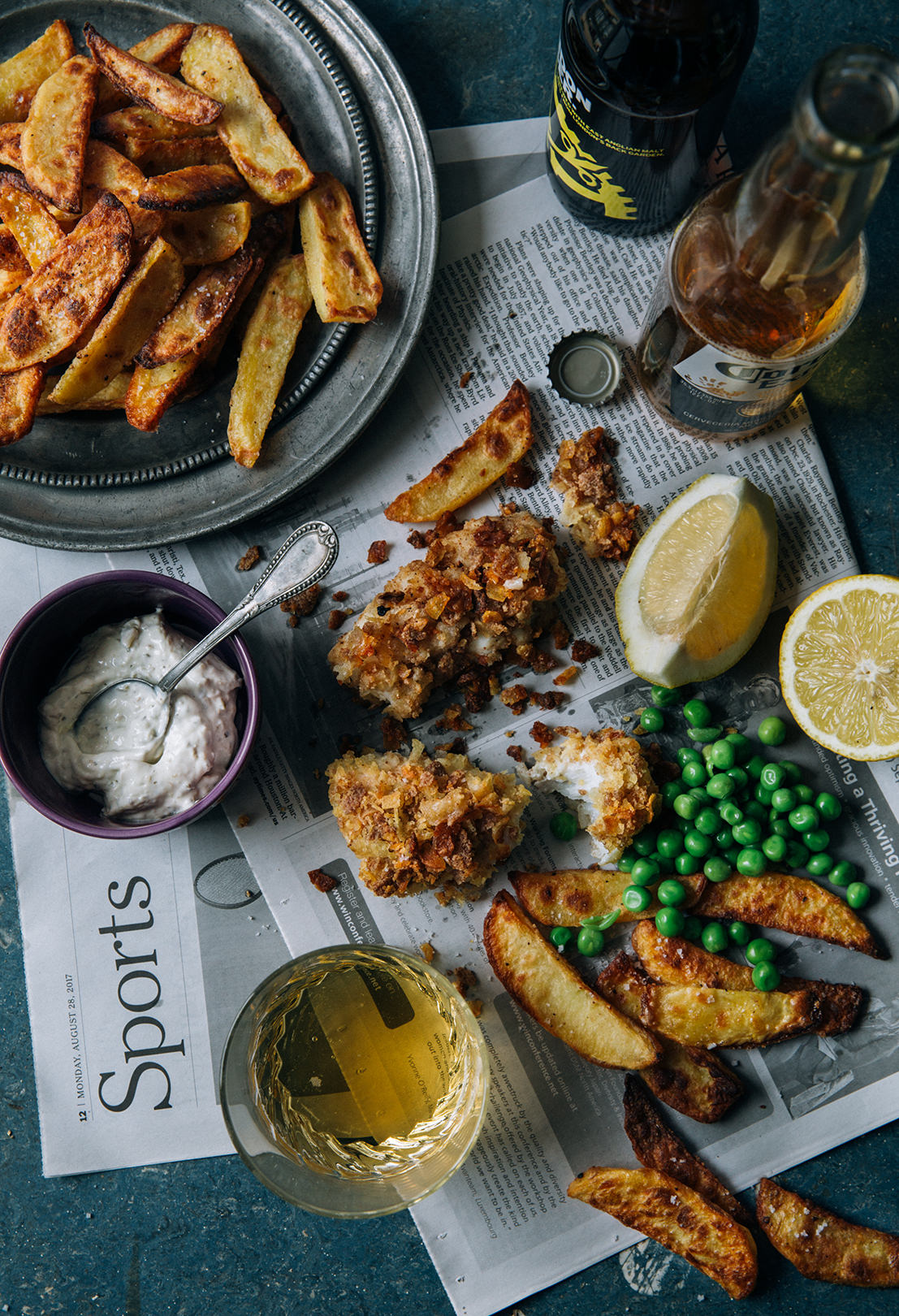 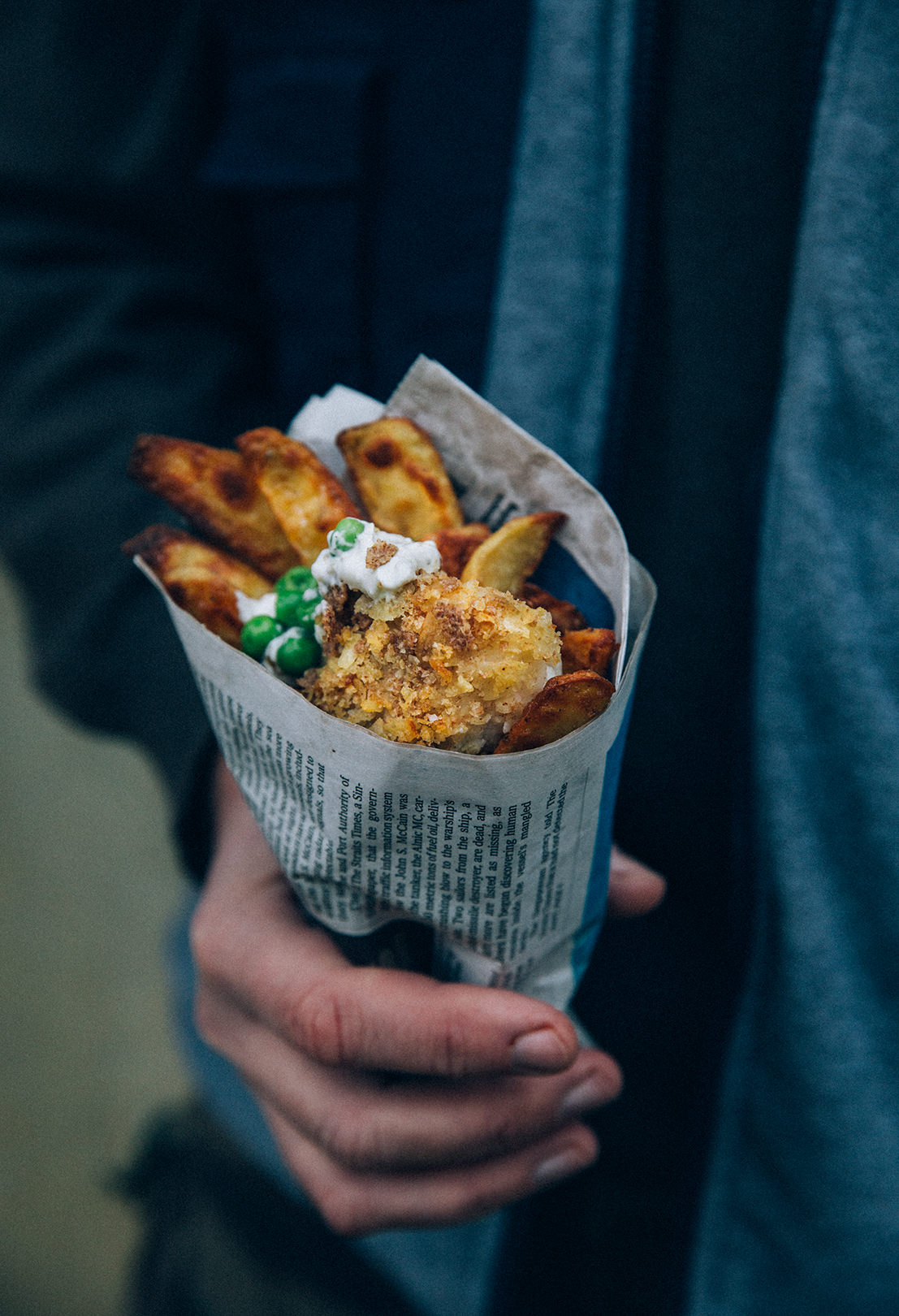 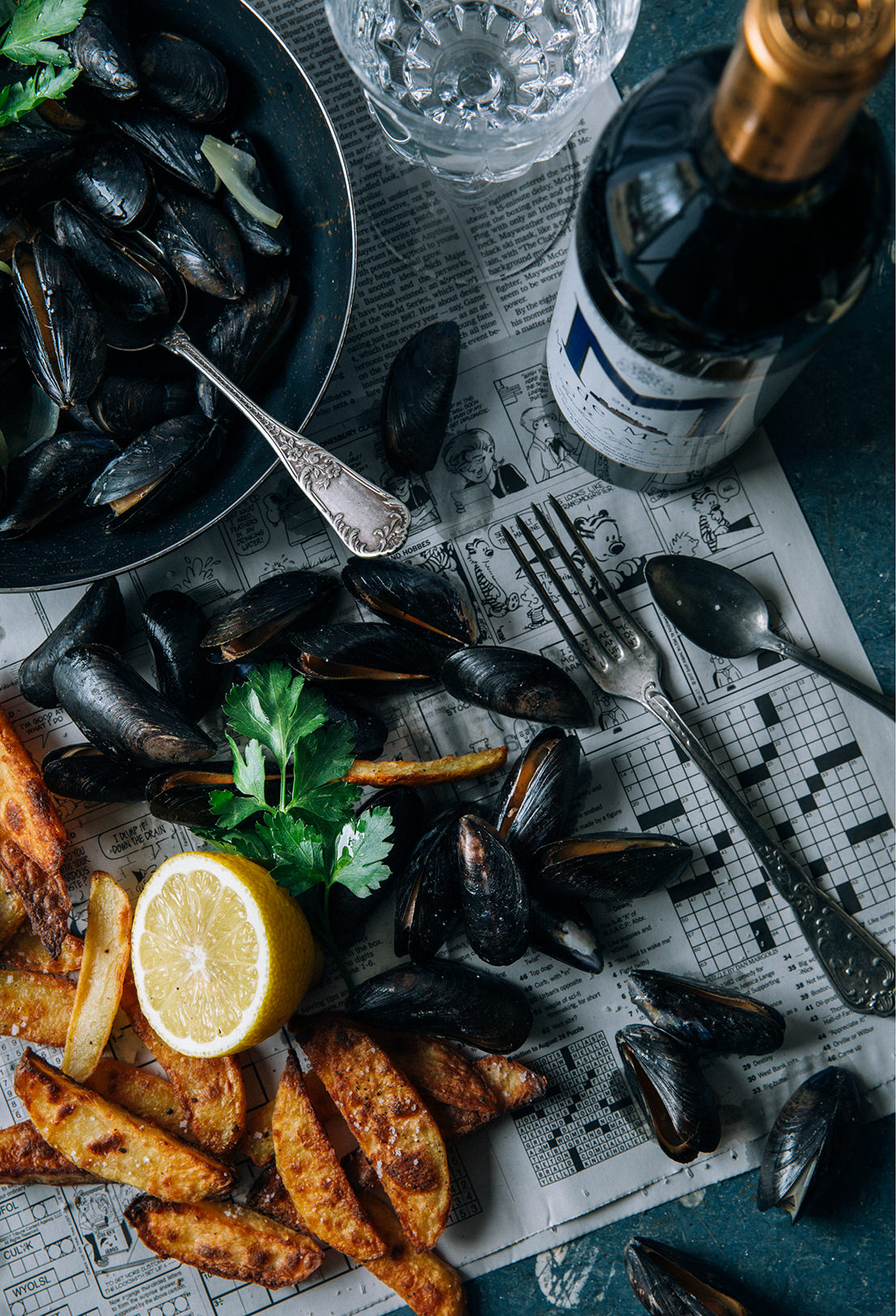 Ingredients : For the fish and chips (4 people)

For the ‘Moules Marinières’ (4/5 people)

Recipe for the ‘fish and chips’:

Recipe for the ‘moules marinières’: