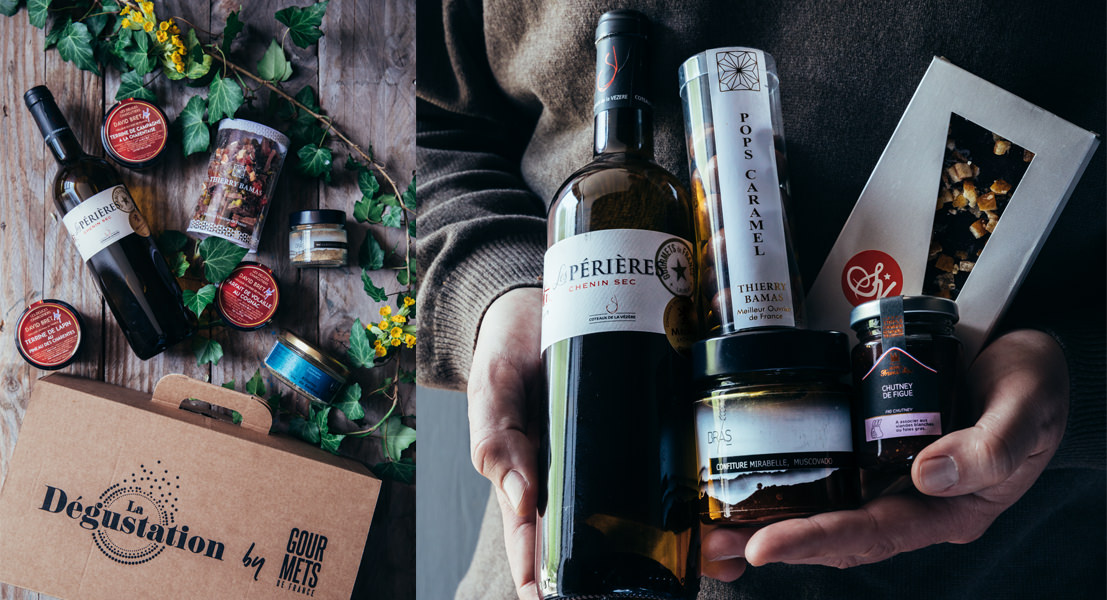 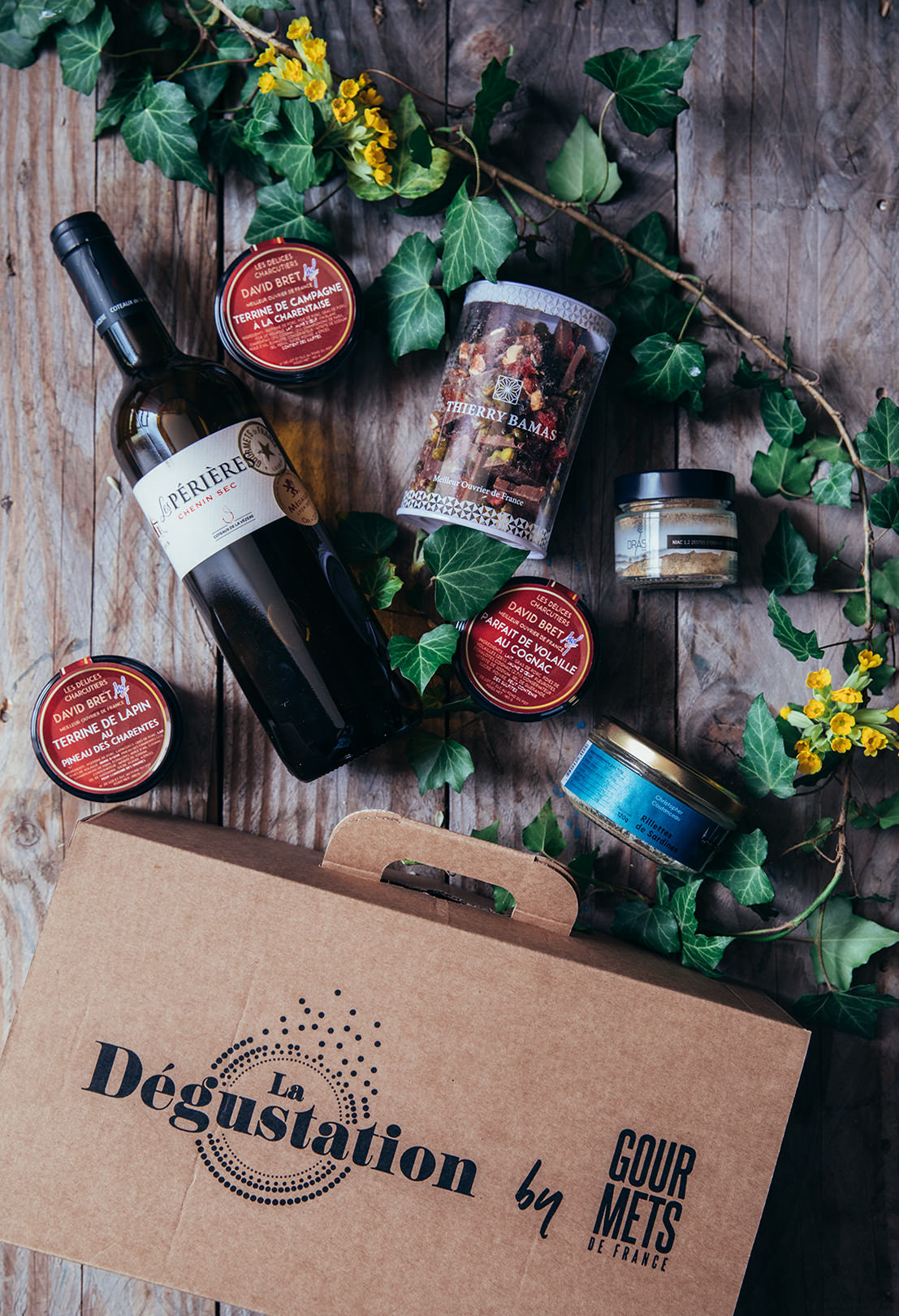 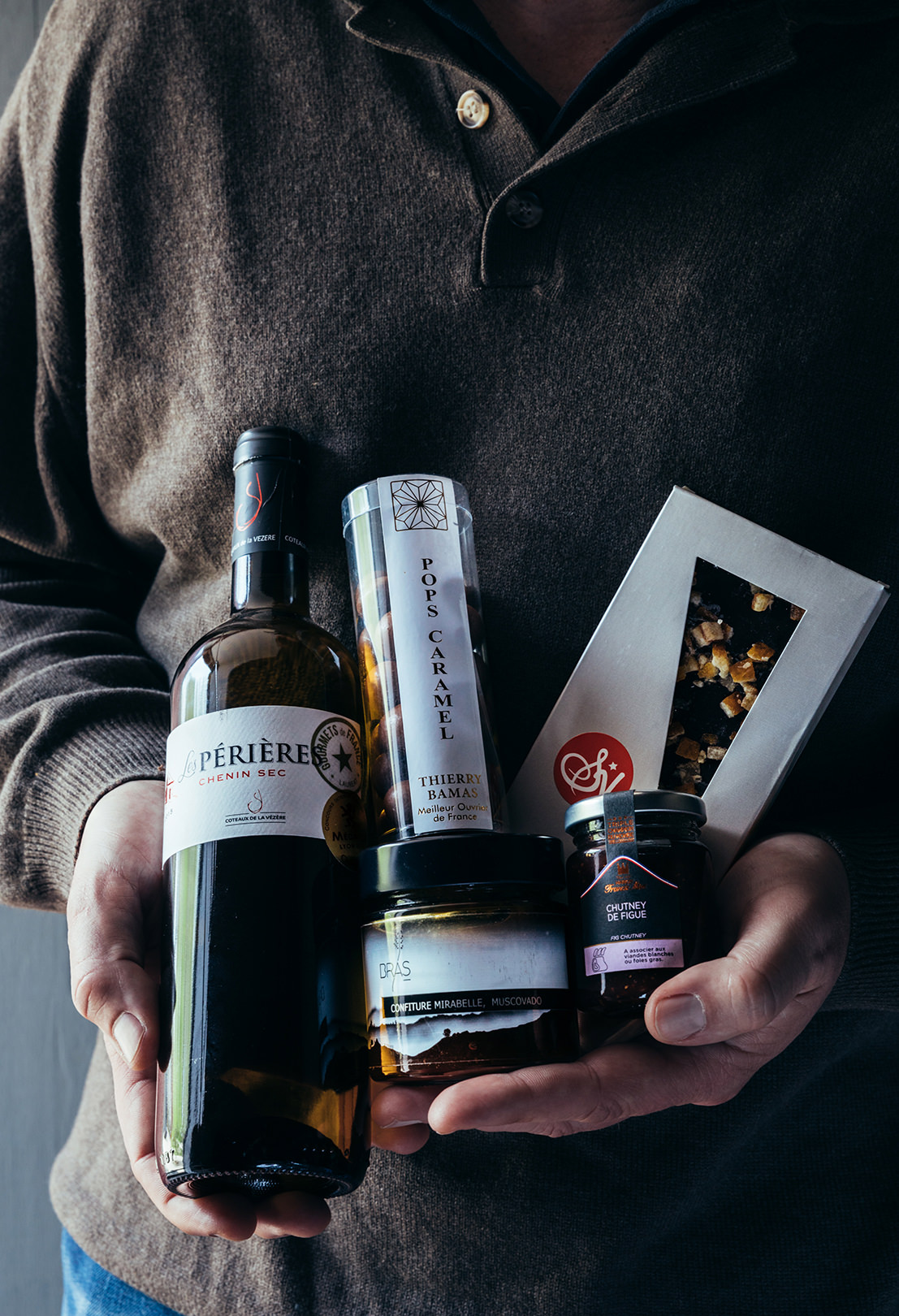 I just received the April Edition of the Box des Gourmets de France with two boxes actually : la box ‘Gourmets’ et la box ´Douceurs’  (aka one with sweet products and one with savory ones).

The idea is to receive in your mail box, seasonal and high-quality products from the great South West region of France. These beautiful products have been selected bat Michelin Star awarded chefs as well as by MOF (that is the highest French reward in every food speciality – you have this award for pastry chefs but also fishmongers, sommeliers…).

In one of the box, I found a NIAC de Sébastien Bras (3 Michelin stars with his restaurant Le Suquet / a powder of different ingredients to add to some dishes such as candied orange zest, pepper, juniper berry- we added it to a fruit salad, absolutely divine), a delicious white wine, chocolate mendiants with candied fruits and nuit, jams, patés….)… an exceptional treasure in mail box don’t you think?