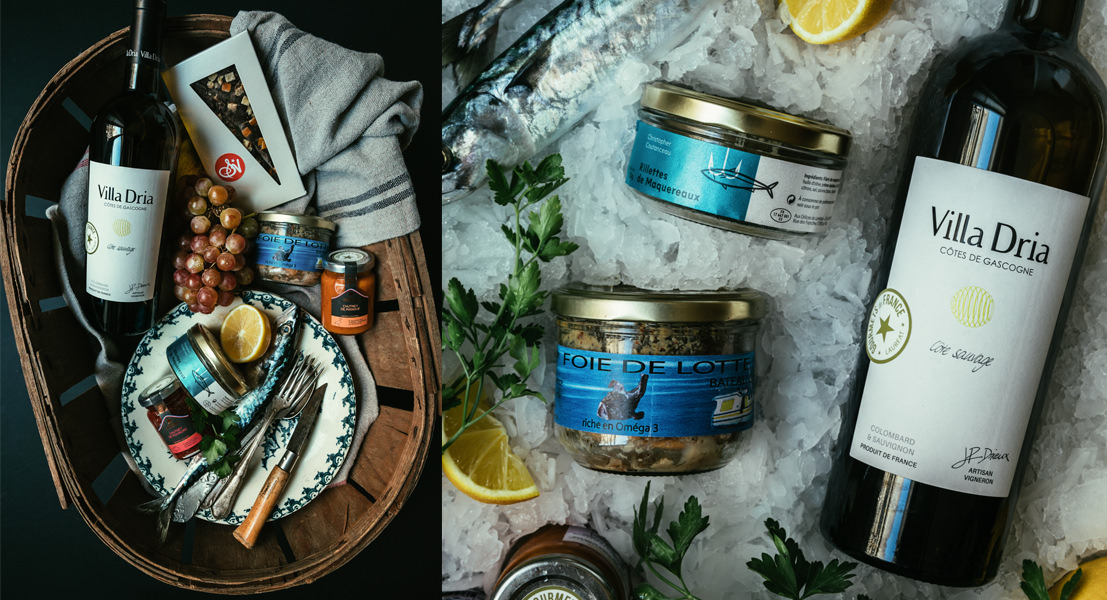 Every 5 to 7 months, local products, all different and original, are chosen by journalists who travel in the South-West of France to discover gourmet treasures.

They are, then, given to be tested and evaluated by a jury of Michelin-star rewarded Chefs (like for example Guy Savoy, Julien Lefebvre), worldwide well-known Chefs, Sommelier Chefs like Leagh Barkley and MOF (maybe the highest rewards among chefs and in this jury for example, MOF Pastry Chef Thierry Bamas).

This jury evaluates with an overall fairness the texture, taste, production quality and flavors of each product.

Once a product is selected and rated excellent on all the criteria mentioned above, it will be added in a Box to be delivered to your doorstep.

I was ask to test the  box Gourmets de France of February 2019 and I received the following items : one conserve of Aquitaine monkfish liver (did you know that monkfish is well-known in the region and that you can find many recipes with this ingredient?), one salmon fillette by Christopher Coutanceau, one chicken with mint and chocolate liquor David Bret, one mango chutney by the Maison Francis Miot, another one of the same Maison but with red peppers, one chocolate bar 70 % from Peru  Thierry Bamas and a bottle of white wine from the Côte Sauvage region (in the Charente-Maritime french region the Atlantic Coast) by Villa Dria.

Beyond every qualitative item, I was more than happy to taste the Box Dégustation par Gourmets de France, and to talk about it because the projects not only to have you buying food but to actually add more sense to your buying, to highlight our ‘oh so rich’ cuisine heritage, to talk about local produce, about our savoir-faire and the one of our local producers, to focus on our traditions. I spend and have been spending every Summer in the South-West of France, this region is very dear to me since I was a child as we were coming back to Bordeaux after months of living in Africa. To talk about the food and culinary traditions of this beautiful region made a lot of sense to me and we still have so much to tell and to show to the world !

Every box contains a wine bottle pairing perfectly pairing the food as well as exclusives recipes made by South-West Chefs. And every trimester, you will receive a ‘Gourmets de France’ magazine.