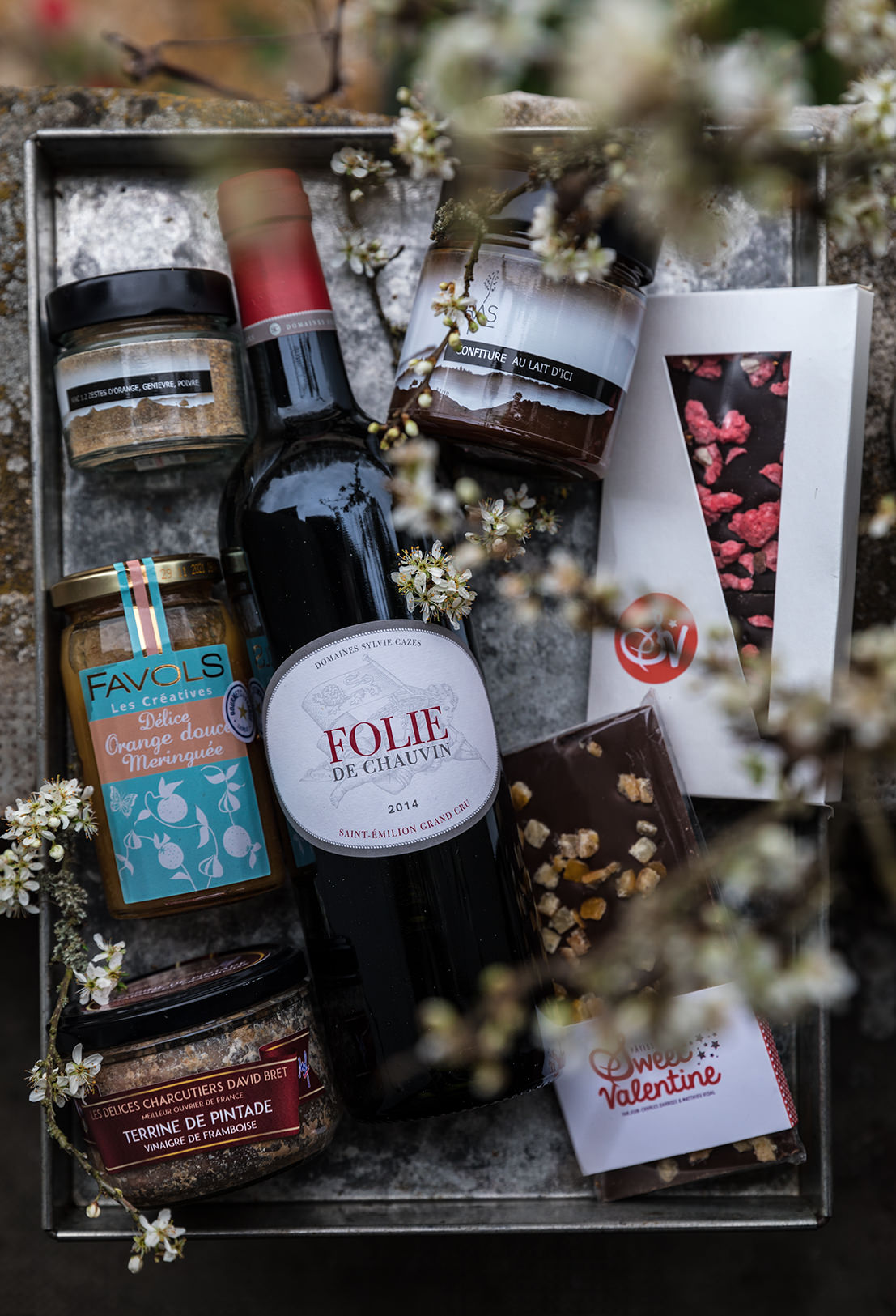 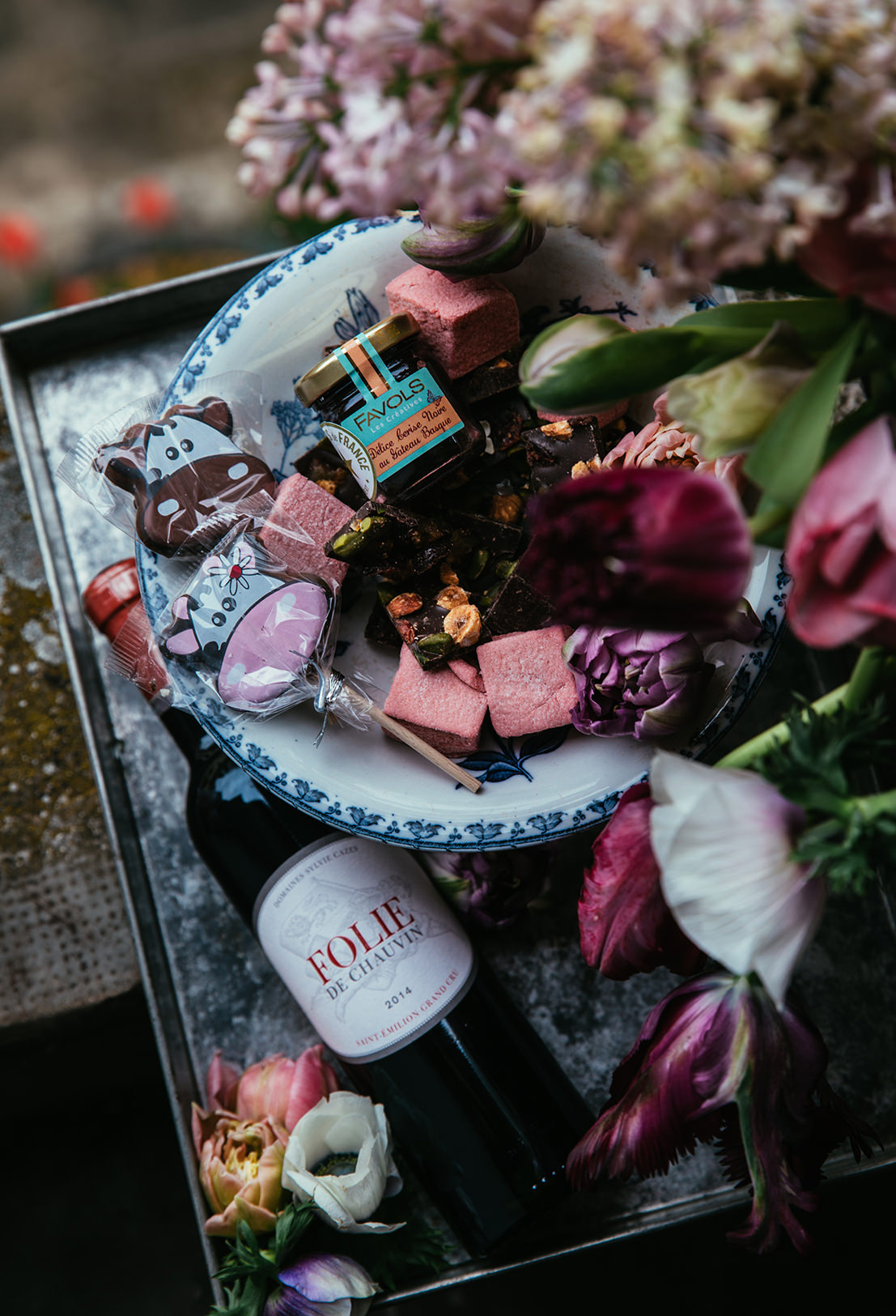 In my baskets, two items by Sébastien Bras (3 star Michelin awarded restaurant Le Suquet), some delicious red wine, some jams, some chocolate bars and mendiants, one terrine, some marshmallows, two lollipops)… how cool was my doorstep right ?